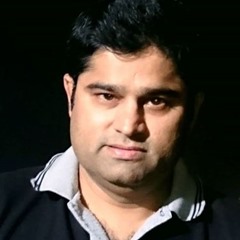 Kamran Rehmat Published on August 02, 2022 | 10:55 PM
Winners: From left, Tamina Vogel (half marathon winner); Alexander Scherz (marathon winner) and Harvey Mitchell-Divers (half marathon winner)
* Registers highest trail running event at Kilimanjaro, eclipsing 35-year-old feat by Everest Marathon
In a proud moment for Qatar, a 35-year-old record held by Everest Marathon has been broken by Z Adventures, a Qatar-based adventure-travel company, which successfully organised the highest trail running event at Kilimanjaro, Tanzania.
The Uhuru Peak Challenge held on July 15 consisted of four events; the V1000, Half, Full and Ultra Marathon. A strong group of 30 runners from 12 different nationalities touched down at Arusha, the gateway to Kilimanjaro, on July 8 to take part in this gruelling adventure race on the "Roof of Africa".

A winner receiving the race medal

At 5,895m, Mount Kilimanjaro is the highest mountain on the African continent, and also the world's highest free-standing mountain. The group consisted of some highly experienced marathon runners from around the world, and also a few first-timers who signed up for this adventure.
After going through the mandatory trek briefing and gear-check, the participants started their five-day acclimatisation trek towards the peak — the Kilimanjaro trek involves trekking through 5 distinct climatic zones to reach Uhuru Peak. The Bushland Zone is the initial part of the climb taking runners up to 1,800m. The following day, participants trek through the rainforest zone to camp at 2,800m. Day 3 of the trek takes runners through the Moorland / Heather zone as they camp for the night at 4,000m. Thereafter, the two toughest parts of the journey begin as they reach the Alpine Zone at 4,980m to prepare for the start of the races.

The first race was V1000, a 1,000m vertical climb through the Arctic Zone to Uhuru Peak. The V1000 course was certified by the International Skyrunning Federation and is considered the highest Skyrace in the world.
Covering a distance of 4.3km, the runners climbed 1,000m from 4,980m to 5,895m to reach the top of the mountain. This was no ordinary feat as runners had to endure below freezing temperatures, thin air and altitude sickness as they soldiered their way to the top of the peak. Jack Haug from Switzerland won the men's event while Tamina Vogel from Germany finished first in the female category.

Once at the top, runners lined up for the customary summit pictures at the top of the peak before starting the next race; the Half, Full or Ultra Marathon. Jaded and cold, they slowly embarked on the next phase to run down the mountain with the hope of completing the distance and being part of the historic record-breaking event. The International Trial Running Association certified course was not for the faint-hearted. The downhill race involved rocky terrain, slippery slopes and sheer drops in altitude as they ran through all 5 climatic zones in one day to reach the base of the mountain to complete the race.
The youngest member of the group, 17-year-old Scottish runner and World Spartan Age-Group champion, Harvey Mitchell-Divers, won the Half Marathon (male) event in a time of 3:22:58 whilst Tamina Vogel finished as the 1st female. In the Marathon and Ultra Marathon, it was an all Swiss victory with Jack Haug winning the Ultra Marathon and Alexander Scherz the Full Marathon. Cara Nelson from the US won the female marathon race.
For most runners, it was a life-changing experience and even the most experienced marathoners found the race to be the toughest of their running career. Guinness World Records approved the three races as the highest altitude trail Half, Full And Ultra Marathon, thereby breaking the 35-year old record held by Everest Marathon.
By successfully organising the race, in collaboration with Kiliwarrior Expeditions, Z Adventures now holds six Guinness World Records in high-altitude running events.
In 2019, they organised the World's Highest Altitude Road Half, Full and Ultra Marathon at Khunjerab Pass, Pakistan at 4,693m. The company organises marathons in more than 40 countries and across six continents. In Qatar, they organise more than 30 events a year under Qatar Running Series, with regular events in various parks and trails.
The stellar achievement pleased Ziyad Rahim, who is the brains behind Z Adventures, no end. He himself holds 10 Guinness World Records in long-distance running and is the first athlete in the world to complete an Ultra Marathon, Full Marathon and Half Marathon on each continent.
Talking to Gulf Times, Ziyad said: "Uhuru Peak Challenge was a tough undertaking, and it took me two years to plan and successfully execute the race. Being the highest altitude running event in the world, it involved extensive risk assessment. I'm so proud of all the runners.”