A celebration of our fashion, design, technology

'Welcome to Qatar' ceremony on the Corniche Myriam Fares and Maluma will open Live Stage with headline solo performancesIt's time to let the party begin, and 'Live it All in Qatar'. FIFA World Cup Qatar 2022 fans are in for a treat as two mega entertainment and festive activations will be launched Saturday, just a day before the first match of the tournament between hosts Qatar and Ecuador.These are the FIFA Fan Festival at Al Bidda Park and the street festival on the Doha Corniche.Gates will open at 4pm, with the inauguration beginning at 7pm with a live broadcast of the 'Welcome to Qatar' ceremony on the Corniche.Following that, Lebanese singer Myriam Fares and Colombian star Maluma will open the Live Stage with headline solo performances as well as a world-exclusive duet performance of the official FIFA Fan Festival anthem, 'Tukoh Taka' (featuring Nicki Minaj, Maluma and Fares), which was released Friday.The performances by Fares and Maluma will be the first of many by top global music acts and local artistes over the next four weeks, with international award-winning musicians Diplo, Kizz Daniel, Nora Fatehi, Trinidad Cardona and Calvin Harris to be brought to the Live Stage by FIFA Sound.On opening day, the Fan Festival will be open from 4pm-1am. Hayya Card is mandatory to gain access to the FIFA Fan Festival.“Fans from all over the world can look forward to 29 days of football, music, culture and lifestyle – a true festival of football,” a FIFA statement said.The FIFA Fan Festival is the perfect place to watch FIFA World Cup matches live in a buzzing atmosphere, while also enjoying an exciting football and entertainment programme. Join 40,000 fans and enjoy all 64 FIFA World Cup Qatar 2022 matches live on the mega-screens. Also on offer will be unique global and local culinary experiences.Besides, many sponsor activities, dedicated football exhibitions and an official FIFA Store with licensed FIFA World Cup products await football fans.A test event held on Nov 16 was a huge success, with the venue witnessing the enthusiastic participation of a large crowd.The FIFA Fan Festival also houses the Fan Engagement Centre behind the Information Desk. It will provide basic consular services, support for fans who are facilitating fan gatherings, walks and performances, as well as serve as an outlet for fans to raise any concerns in a safe, fan-focused environment. It will also host fan engagement activations with tournament ambassadors and serve as a co-ordination hub for the SC’s Fan Leader Network.More details can be found at https://www.qatar2022.qa/en/fifa-fan-festivalMeanwhile, the Corniche will be home to "Qatar’s global street carnival along Doha’s iconic 6km waterfront", starting Saturday. It covers the stretch from the Museum of Islamic Art to Hotel Park (Sheraton).The atmosphere along the Corniche will celebrate nations – allowing fans to connect from all around the world. The activation will include 150+ food outlets, live concert stages, 'Welcome to Qatar' water and light shows, roaming performances, arts, culture and story-telling, family-friendly entertainment, Bedouin Village and official FIFA merchandise.The timings are from 12noon until midnight daily, with entertainment shows taking place from 3pm to 11pm.The waterfront has been decorated with palm frond-shaped lighting poles that reflects the Qatari heritage. Pedestrian underpasses and plazas have been constructed to facilitate the movement of people along the Corniche. To enhance the aesthetics of these underpasses and plazas, sculptures and artworks of various Qatari and resident artists have been installed, as well as cafes set up.The Doha Corniche has been decorated with 1,440 palm frond-shaped lighting poles in harmony with the sprawling palm trees on the Corniche along with the provision of 655 lighting poles with distinctive features in the central Doha area.A key part of the celebrations, 'Welcome to Qatar' is a must-see for all during the tournament, featuring the Circle of Lights – a shimmering circle suspended above the water that transforms to poetically narrate wonderful stories.Throughout the afternoon, dancing water fountains will bring the FIFA World Cup Qatar 2022 Official Soundtrack to life. When the sun goes down, a stunning symphony of pyrotechnics, drones and water effects will light up the sky – all set to an original orchestral score.After the opening day, shows will take place daily at 3pm, 3.30pm, 4pm, 4.30pm, 5pm and 5.50pm throughout the tournament.Visit https://www.qatar2022.qa/en/live-it-all-in-qatar/the-corniche for more information.How to reach* FIFA Fan Festival (only Hayya Card holders allowed)Venue: Al Bidda ParkNearest metro stations: West Bay Qatar Energy (Red line), Al Bidda (Red and Green lines), Corniche (Red line) – exit onlyFans can also hop on the Shuttle Bus Loop or a Stadium Express Bus, Park & Ride and be dropped off at designated locations for taxi, Uber and CareemMore information about timings and other details can be found at https://www.qatar2022.qa/en/fifa-fan-festival* Corniche street celebrationsVenue: Corniche, from the Museum of Islamic Art to Hotel Park (Sheraton).Nearest metro station: Souq Waqif (Gold line), Corniche (Red line) – exit only, West Bay Qatar Energy (Red line), Al Bidda (Red and Green lines)Visit https://www.qatar2022.qa/en/live-it-all-in-qatar/the-corniche for more information about timings and other details.

A young man from Kenya has become a fan favourite with his creative method of directing people to the metro stationAbubakr Abbass, a 23-year-old from Kenya, has emerged as a fan favourite – and accidental social media sensation – during the football World Cup in Qatar.Sitting on a tennis-umpire chair and armed with a large foam finger, he guides the hundreds of fans visiting Souq Waqif to the metro station nearby with the help of his trusted megaphone.His helpful advice – “Metro? This way. Metro? This way” – has now become a famous catchphrase.“We love him; we love the metro guy,” one fan said, motioning towards Abbass.“I saw him on TikTok. I thought it was really funny. He makes me laugh; it’s such a simple task,” added a young fan wearing a Chelsea football shirt.People visiting Souq Waqif regularly interact with Abbass, engaging in back-and-forths and creating pantomime-like scenes.Not much is known about the Kenyan, but the mysterious social media star has earned plaudits for bringing enthusiasm to an otherwise mundane task.“He’s really, really enjoying his job”, said one impressed fan.Abbass is now inspiring other workers to join in the fun, with many now donning his trademark foam finger and providing fans with directions in creative ways. – Al Jazeera

Viral sensation ‘Metro Man’, 23-year-old Abubakr Abbass from Kenya, was a special guest at Friday night’s FIFA World Cup Qatar 2022 match between England and the USA at Al Bayt Stadium. In a tweet Saturday, the Qatar 2022 organisers thanked him for his special contribution to transport operations during the World Cup. Abbass is seen in the picture with officials at the stadium. Abbass has emerged as a fan favourite – and accidental social media sensation – during the football World Cup in Qatar. Sitting on a tennis-umpire chair and armed with a large foam finger, he guides hundreds of fans visiting Souq Waqif to the metro station nearby with the help of his trusty megaphone. Abbass’s helpful advice – “Metro? This way. Metro? This way” – has now become a famous catchphrase. 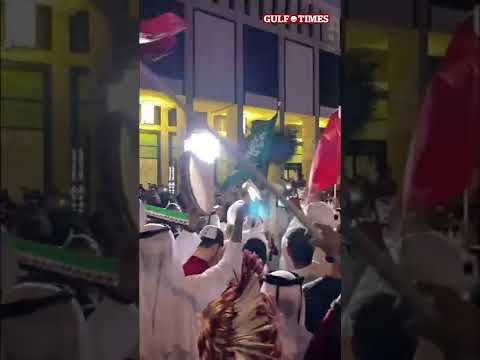 Media
Qatari Fans in Msheireb supporting Qatar for the win 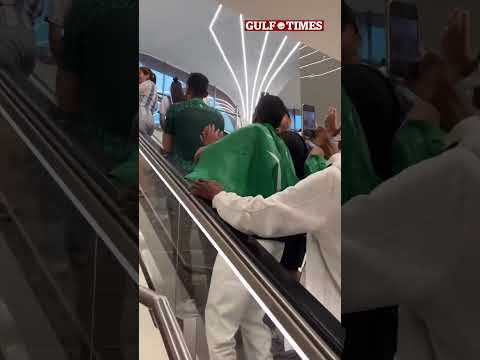 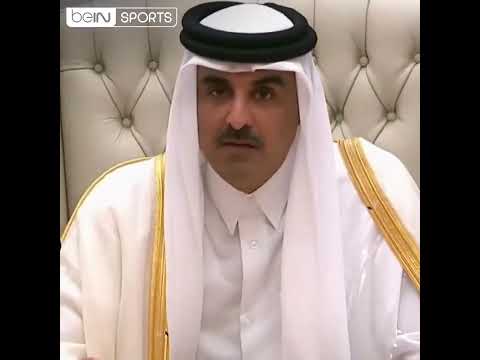 Mowasalat (Karwa) transported more than 4.4mn passengers during the Group and Round of 16 stages of the FIFA World Cup Qatar 2022.The Round of 16 stage concluded on Tuesday, the 17th day of the World Cup that kicked off on November 20.In a video message on social media Wednesday, the company said it transported a total of 4,427,887 people since the start of the tournament until Tuesday.Mowasalat (Karwa) buses, along the Metro and tram networks, have been playing a key role in transporting fans to and from stadiums and other places in the country.Meanwhile, the company said a total of 2,304 buses were used to transport 233,260 fans on Tuesday.In a related matter, the Ministry of Transport (MoT) informed through a tweet that a total of 593,689 passengers were ferried by the Doha Metro (568,945) and Lusail Tram (24,744) on Tuesday, while the Education City and Msheireb trams carried 10,976 people on the same day.Meanwhile, 768 air movements were recorded at Hamad International Airport and Doha International Airport on Tuesday.Qatar recorded a total of 15,100 air traffic movements as of Tuesday, since the start of the FIFA World Cup Qatar 2022.

Load More
SIGN UP FOR THE GULF TIMES NEWSLETTER
Our biggest stories, delivered to your inbox every day.
See all newsletters.