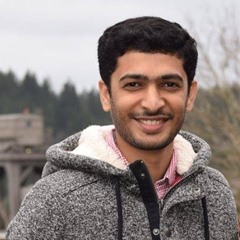 Sahan Bidappa Published on December 16, 2021 | 12:30 AM
Qatar's Mohammed Muntari scores the team's first goal in the FIFA Arab Cup Semi Final match against Algeria at the Al Thumama Stadium, Doha,Wednesday. Algeria won 2-1 , setting up a final with Tunisia on Saturday
In a night of extraordinary scenes, Qatar bowed out of contention for the FIFA Arab Cup title after a dramatic 1-2 defeat to Algeria in the semi-finals Wednesday.
The crowd at the Al Thumama stadium were treated to emotional rollercoaster ride after a stoppage time drama, in which Qatar’s substitute Mohamed Muntari headed home an equaliser in the seventh minute of stoppage time, but 10 minutes later – with stoppage time still in play – Algeria’s Youcef Belaili tapped the rebound into the net after goalkeeper Saad al-Sheeb had saved the penalty. Djamel Benlamri had earlier handed Les Verts a deserved opener in the 59th minute.

It‘s the third successive time Qatar has lost in the semi-finals of a tournament, after ending with the same fate in the 2019 Arabian Gulf Cup at home and earlier this year in the Gold Cup in the United States.

However, this defeat will sting the Asian Champions more after they had staged a remarkable fight back late in the second half. Now Felix Sanchez’s men will have to do with a consolation third-place play off against Egypt on Saturday, as Algeria take on Tunisia in the final at Al Bayt Stadium on Qatar National Day.

Qatar's Mohamed Muntari celebrates with teammates after scoring against Algeria

“I cannot say what happened but we gave our best,” a disappointed Abdelkarim Hassan said after the loss. “We wanted to reach the final and gave everything. I want to apologise to the fans for not winning this match but congratulations to Algeria,” the Qatar defender added.

Once the Qatari players will come to terms with the heart-breaking loss to African champions Algeria, they will know in their hearts they put on an admirable show. On the eve of the tournament, Qatar were on a barren run of eight-match winless streak which also included some heavy losses to the European teams. In the group stage they won all the matches despite not being at their best and came into their own in the knockout stages – including a 5-0 thrashing of the United Arab Emirates in the quarter-finals.
Against a superior Algeria team, though, it would have always taken something more special for Qatar to prevail. And they were not far from it.
In fact, the hosts started on a bright note, creating two chances in the opening 15 minutes. Almoez Ali’s ambitious shot on the turn landed on top of the net, while Ismail Mohamad skied his shot from a tight angle.
Sanchez continued to employ a high press game, but once the Algerians got the hang of it, they were in total control. The Desert Warriors had the fit-again Baghdad Bounedjah back in the XI and the Al Sadd star looked threatening every time he went into the box. He narrowly missed a whipped cross but provided Algeria’s best chance in the first half.
In the 35th minute, Bounedjah played a perfect through pass to Brahimi but the Al Rayyan striker shot straight to al-Sheeb, who palmed the ball upwards before clutching on to it the second time.
Algeria started the second half strongly and could have been 2-0 with Brahimi curling his shot wide and Bounedjah rattling the woodwork but was flagged offside. Boundjah came close yet again, this time the striker’s shot just wide of the far post.
Algeria’s opener arrived in the 59th minute. After al-Sheeb came comes out of the six yard box to punch the ball away, it landed on the feet of Houcine Benayada, who volleyed a powerful shot which brushed of Djamel Benlamri and into the net
With a goal behind and crowd on their side, Qatar upped their tempo as Algerian sat back defending their one-goal advantage. The hosts nearly had an equaliser after Boualem Khoukhi’s header was pushed away by a diving Rais M'Bolhi.
Inexplicably, nine minutes were added after the full time and the tired Qatar players found one last bit of energy with Muntari’s towering header beating goalkeeper M'Bolhi. But as the clock ticked down to the last minute of extra time, Yacine Brahimi won a penalty in the box after a foul from Abdulaziz Hatem.
Al-Sheeb dived to his right to save the penalty off Belaili, but cruelly the goalkeeper saw the Algerian tap in the rebound to send the Les Verts' fans into frenzy.