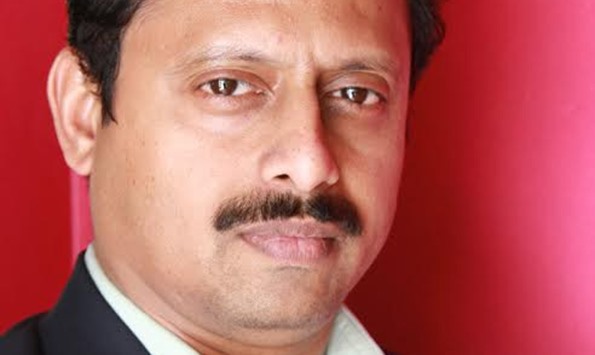 Bonnie James Published on June 17, 2018 | 09:56 PM
Double Crested Cormorant. Photo by Bonnie James
The Sarus Cranes were in no mood to dance. “They will, if you are lucky,” guide Ishwar Singh, a 31-year veteran at the globally acclaimed Keoladeo National Park (erstwhile Bharatpur Bird Sanctuary), tried to assure me.
Twenty minutes of futile waiting. The pair kept on foraging for delicacies from a marshy part of the Unesco World Heritage Site in historic Rajasthan, a northern Indian state bordering Pakistan.
“There are many more things to see,” authorised sight-seeing rickshaw puller Jajveer Singh’s words did it.
We decided to move deeper into the former duck-hunting reserve of the Maharajas, now one of the major wintering areas for large numbers of aquatic birds from Afghanistan, Turkmenistan, China and Siberia.
Some 375 species of birds, including the rare Siberian Crane, have been recorded in the park, described by Unesco as an important wintering ground of Palaearctic migratory waterfowl and renowned for its large congregation of non-migratory resident breeding birds.
The wildlife oasis situated within a populated human-dominated landscape, is a mosaic of grasslands, woodlands, woodland swamps and wetlands spread across 2,873 ha.
Visitors are better off hiring cycle rickshaws to move around the park to cover the maximum area unless they are going to stay overnight nearby and return for a second day’s tour. The rickshaw pullers are almost as good as trained guides though they may not be fluent communicators like Ishwar Singh.
This ‘Bird Paradise’ was developed in a natural depression wetland that was managed as a duck shooting reserve at the end of the 19th century. While hunting has ceased and the area declared a national park in 1982, its continued existence is dependent on a regulated water supply from a reservoir outside the park boundary.
Due to its strategic location in the middle of Central Asian migratory flyway and presence of water, large congregations of ducks, geese, coots, pelicans and waders arrive in the winter.
The park was the only known wintering site of the central population of the critically endangered Siberian Crane, and also serves as a wintering area for other globally threatened species such as the Greater Spotted Eagle and Imperial Eagle.
During the breeding season the most spectacular heronry in the region is formed by 15 species of herons, ibis, cormorants, spoonbills and storks, where in a well-flooded year over 20,000 birds nest.
Around 115 species of birds breed in the park, which includes 15 water bird species forming one of the most spectacular heronries of the region. The habitat mosaic of the property supports a large number of species in a small area, with 42 species of raptors recorded.
Ishwar Singh wanted to show our group an Indian Rock Python, so we ventured off road for a few metres. Guess the large snake was sleeping in its den on this unusually warm winter day.
While trudging back, we got our first sighting. Up above, in a tree hole, an owl was dozing off. Just below was a Rose-ringed Parakeet, warming itself, outside its home.
During our nearly five hour ride and walk, we came across many species of herons, storks, cormorants, eagles, kingfishers, ducks and other water birds, grey hornbill, darter, bats, black headed ibis, many common birds including bulbul, and herds of nilgai and sambar deer in their undisturbed natural habitat.
Keoladeo is the only park in India that is completely enclosed by a 2 metre high boundary wall that minimises the possibilities of any encroachment and biotic disturbances.
The park is open throughout the year, but the best time to visit is from October until March when migratory birds from around the globe could be spotted.
HOW TO REACH: Keoladeo National Park is almost four hours’ or 222km drive from the Indian capital New Delhi via the Taj/Yamuna Expressway. The park is one hour or 55km from Agra, via the Bikaner-Agra Road. From Jaipur, it is about 3.15 hours or 186km drive.
Inputs: https://whc.unesco.org/en/list/340