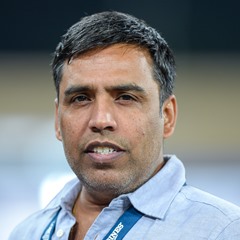 Yash Mudgal Last Edited November 25, 2022 | 01:51 AM
Brazil’s forward Richarlison (centre) celebrates with teammates after scoring against Serbia during the World Cup Group G match at the Lusail Stadium yesterday. (AFP)
In the first-half it was an intriguing game, rather than an exciting one. But in the second-half, the contest morphed into a thrilling one for the sea of yellow shirts in the stands, who outnumbered their counterparts in red at the capacity Lusail Stadium yesterday.
It was Richarlison, who turned out to be the hero for tournament favourites Brazil as the five-time champions got their World Cup campaign up and running with a 2-0 win over a stubborn Serbia. The forward scored a brace after the break – including a spectacular acrobatic scissor-kick – as Brazil went top of Group G.
“It’s a childhood dream come true,” Richarlison said after the game. “We played a good game, especially in the second-half, when the opponent got tired, and we managed to take advantage of that. We knew it was going to be difficult to get past them. I’m used to playing against defensive teams like this in England. I wanted to take advantage of the opportunities that I had and I did.”
Serbia proved tough nut to crack, never allowing the free-flowing Brazilians the space to make those threatening runs. Neymar and company found it hard to earn an opening as the Serbians put bodies behind the ball as though they were fighting for their lives.
Brazil continued to press hard for a goal in the second-half, getting a better flow and movement in their attacks. And eventually the first goal came in the 62nd minute as Vinicius Junior and Neymar combined for Richarlison’s goal. As the electric Vinicius fired the ball into his path, all Richarlison had to do was a tap-in to open the scoring.
The 80,000-capacity Lusail Stadium erupted in delight in the 73rd minute with Richarlison producing a moment of magic with an outrageous bicycle-kick. The 25-year-old used one touch to get the ball up in the air and then spun around and got off the ground before knocking the ball into the net with his right foot. The double strike confirmed the Brazilians were surely home and dry as Serbia looked mentally and physically done.
Richarlison has scored nine goals in his last seven appearances for Brazil in all competitions, becoming the eighth Brazilian to score a brace on his World Cup debut, and first since Neymar in 2014. Brazil’s best chance before Richarlison’s opening goal had been a low-range shot by Alex Sandro that hit the post in the 60th minute.
Serbia coach Dragan Stojkovic said there was ‘no shame’ in losing to Brazil as he chose to look at the positives. “The ambience was fantastic, even the Serbian supporters gave us enough support,” he said.
“The second-half we gave Brazil too much space. To lose against Brazil is no shame and they were deserved winners. My team was completely physically down and I don’t know why and I would like to know that. We will analyse the game and prepare as much as possible to be ready for the next game,” he added.